Catholic Press in the Soviet Lithuania 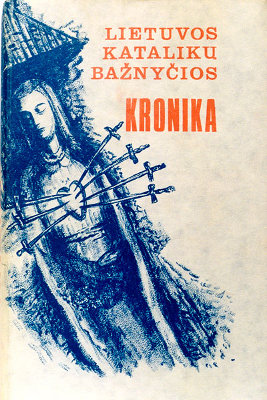 Catholic newspapers published underground were a well-organised and conceptually grounded form of samizdat. The collection consists of two underground publications: Lietuvos Katalikų Bažnyčios Kronika (The Chronicle of the Catholic Church in Lithuania) and Rūpintojėlis (The Sorrowing Christ). The Chronicle was the longest-surviving samizdat publication in Soviet Lithuania, providing alternative news to that coming from Soviet institutions. It was initiated by a group of Catholic priests; while Rūpintojėlis was a publication from the Catholic community that became known for being intellectual and cultivated.
The collection is made up of several sources: the Lithuanian Special Archives, which holds issues of the Chronicle of the Catholic Church in Lithuania and Rūpintojėlis confiscated during KGB searches; and the internet page http://www.lkbkronika.lt/ containing digitalised issues of the Chronicle, with comments and introductions.