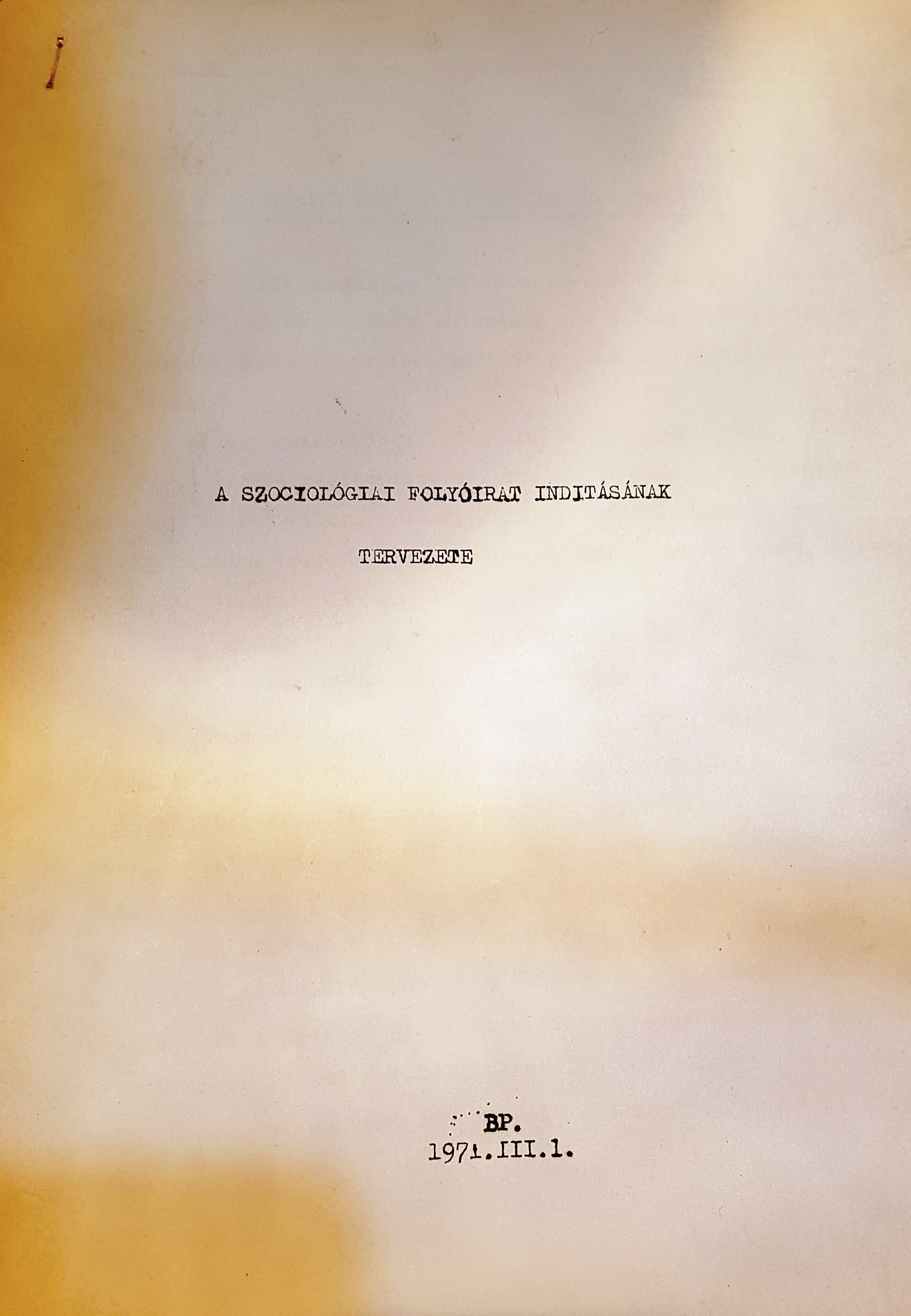 Sociology was the official periodical of the Sociological Institute of the Hungarian Academy of Sciences (1972–1990). It was the first journal in Hungary devoted entirely to sociology. It opened a new chapter in the history of Hungarian sociology. Although the conservative ideological campaign led by orthodox Communist leaders made some changes in the editorial staff, Sociology was published continuously until 1990. The manuscript of the first issue from 1972, with the archival documents from 1971, inform us of the beginnings of this important journal. The authors of the first issue –included Zsuzsa Ferge (“Social Structure and the School System”), István Kemény (“Stratification of the Hungarian Working Class”), Iván Szelényi (“Housing System and Social Structure”), and others.