The United States Holocaust Memorial Museum (USHMM) is the United States' official memorial to the Holocaust. The USHMM documents, studies and interprets Holocaust history, while also actively preserving the memory of those events. The USHMM’s collections contain more than 12,750 artifacts, 49 million pages of archival documents, 80,000 historical photographs, 200,000 registered survivors, 1,000 hours of archival footage, 84,000 library items, and 9,000 oral history testimonies. It also has teacher fellows in every state in the United States and almost 400 university fellows from 26 countries since 1994. 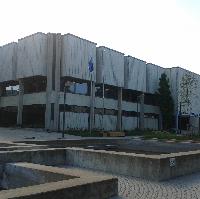 The University of Tartu was founded in 1632. During the Great Northern War, the university and the library were closed. In 1802, the University of Tartu reopened with a new library located in the ruins of Tartu Cathedral. The main purpose of the library was to help researchers by collecting literature for them. During the interwar period, the University of Tartu Library was the biggest and the most important library in the Republic of Estonia. The library started to collect copies of every text published by Estonian publishers. During Soviet times, it started to research its rare books and art collection. In the 1980s, the library moved to a new building, where it still is today. Since the 1990s, it has experienced rapid digital development, and has switched its main focus to online material.

At the end of 2016, the library had almost 55,000 registered users, about 40% of whom were not directly connected with the University of Tartu. A total of 67% of readers were students, 6% were university staff (professors, PhD students, etc), and others made up 27%.