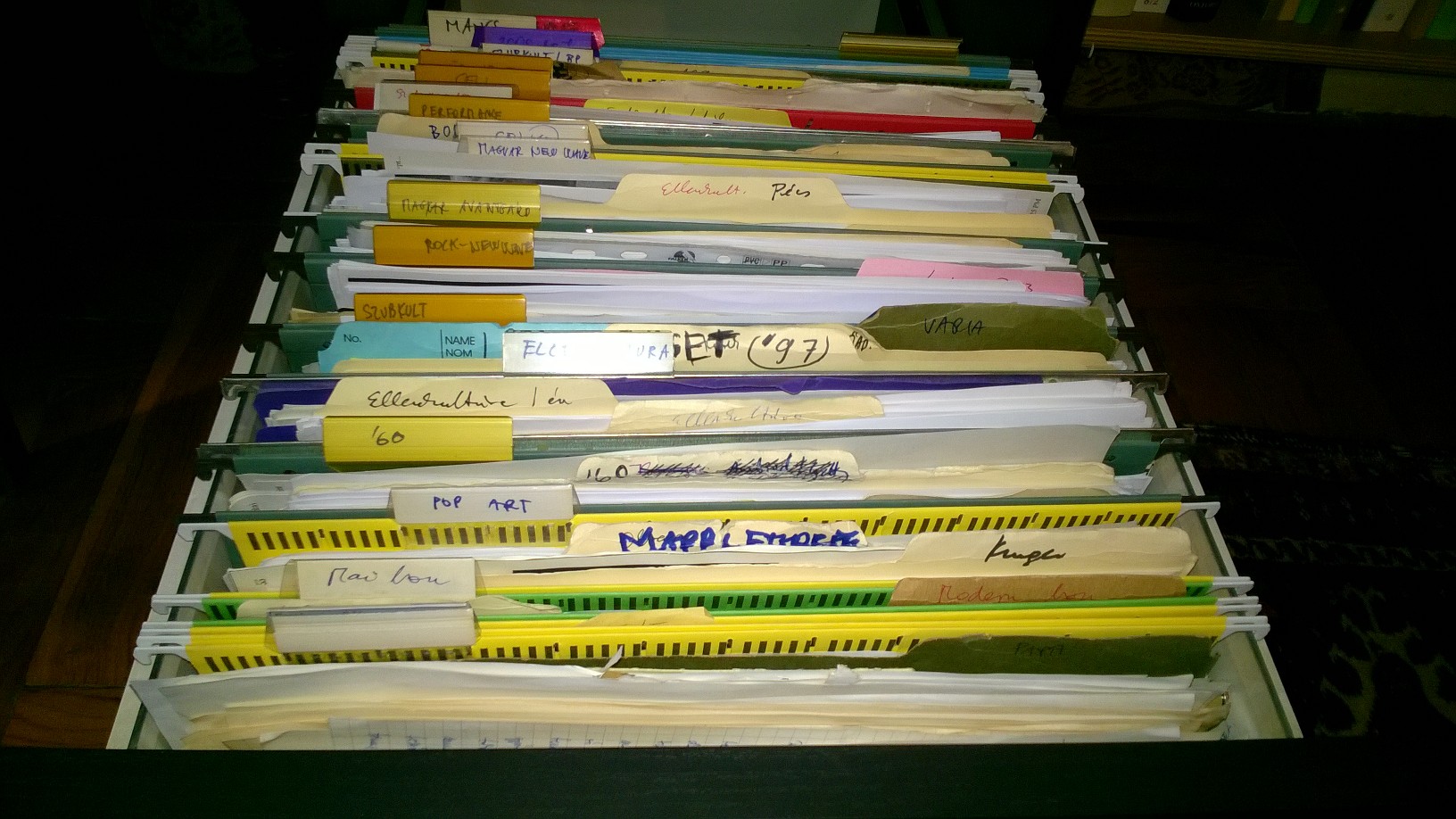 The private collection of historian Gábor Klaniczay (1950-) includes written, visual, and audio sources from the 1970s and 1980s. These sources all concern the alternative, underground cultural trends, art, music performances, and political oppositional movements of the period. The almost entire series of the samizdat publications from Hungary also constitute an important part of the collection, as do the leaflets and posters from his trips to Paris and New York.