30 znalezione organizacje i grupy
Obiekty na stronie:       «« poprzednia strona 1 2 3 4 5 6
Hungarian Soros Foundation
The Hungarian Soros Foundation (HSF), founded in May 1984, was George Soros's first pilote enterprise in the one-time Communist bloc, years before he would open his similar Beijing, Moscow and Warsaw offices in the late 1980s, or establish his foundation network in the early 1990s throughout Central and Eastern Europe. During its 23 years of public operation the HSF spent more than 150 million dollars by providing grants, stipends and other efficient means of support for artists, writers, scholars, students, ran several new cultural as well as educational, social and health projects, and remain the main supporter of NGOs and civil society in Hungary. By breaking many taboos before and after 1990 with its challinging new policies especially on the cultural field, the HSF was strongly opposed by both the Communist and nationalist protagonists of state-controlled culture, meanwhile its grantees and supporters saw its main mission in keeping up the spirit and values of an ongoing cultural resistance.
In 1984, the Soros Foundation in New York (funded by investment banker George Soros) and the Hungarian Academy of Science signed a contract to fund the Hungarian Soros Foundation. Following the concept of Karl Popper on "open society" since then, the Foundation has played an important role in the support of various cultural, social, and scientific activities in the transitional period in order to help the process of democratization. In 1993 Soros Foundation transformed to Open Society Foundation expanding its activites not only to Hungary, but to other Eastern European countries and the countries of the former Soviet Union.
OSF is still operating in many countries around the globe, focusing on human rights (rights of women, ethnic, racial, and religious minorities), drug users; sex workers; and LGBTQ communities, etc.
In the past years OSF is under heavy attacks in several countries (Hungary, Poland, Romania, Macedonia, USA) due to the assumed political role of OSF in the disentigration of given countries and Soros activities as a financial speculator.
czytaj więcej 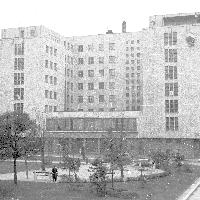 In 1945, the Budapest Police Main Command Political Department was created, first with the primary task of capturing Hungarian war criminals and later to arrest “enemies” of the “people’s democracy.” This secret police was under communist control, and it gradually became increasingly incompetent. In 1946, the Hungarian State Police State Protection Department was established by Interior Minister László Rajk. This organization became the State Protection Department of the Ministry of the Interior (which was always under communist rule after 1945). In 1949, the independent State Protection Authority was created by the communist party. This political police perpetrated acts of state terror during the Rákosi period. The political prisoners were held in concentration camps (Recsk, Tiszalök, Kistarcsa, Kazincbarcika, etc.), and many people were deported (former aristocrats, members of the clergy etc.) to the Hortobágy (a flatland region in eastern Hungary). The State Protection Authority also took part in the staging of show trials (the trials of Mindszenty, Rajk, Grősz, etc.). In 1953, the Soviet dictator Joseph Stalin died, and the reform communist Imre Nagy became the Prime Minister of Hungary. Under Nagy’s first government from 1953 to 1955, the ÁVH was reintegrated into the Ministry of the Interior. The hated political police was totally fragmented during the Revolution of 1956.

The Decree Law No. 35/1956 of 30 December 1956 put investigations on alleged enemies of state under the competency of the police. The II/5. Division of the Ministry of the Interior was responsible for the “prevention internal reaction.” The final organizational form of the Hungarian communist secret police was established in 1962 by a decree of the Political Committee of the Hungarian Socialist Worker’s Party. The aim was to eliminate the rest of the former ’totally prevention.’ New people came to leading positions in the Ministry. A new system with Main Divisions and Sub-Divisions created. The Main Division III addressed the various tasks of maintaining state security. Division III/I was the Intelligence Services, Division III/II was the Counter Intelligence Services, and Division III/III was the so-called Counter Internal Reaction Division. Division III/IV was the Counter Military Services and Division III/V was the Operative Technical Division. In addition to the central organizations, there were also political departments at the county police headquarters as the local organizations of the Main Division. The Home Secretary held the right to approve the main actions. The Main Division III could do secret surveillance, bug phone conversations, homes, and workplaces, and do secret perquisitions. The Main Division III could control the mail (except the correspondence of leaders in the party and the government). In 1968, more than 6,000 people were under observation. In 1971, the political police monitored approximately 3,400 people. In the 1970s, one-third of the “enemies” were people who had taken part in the Revolution of 1956. The other two-thirds were people suspected or accused of conspiracy and provocation. In 1963, the political police had 8,433 agents. In 1989, there were 219, but there were also 1,056 coworkers and 7,203 secret commissioners who helped the Ministry of the Interior in the last year of socialism.

The Main Division III ceased to exist after the so-called Duna-gate scandal. The Alliance of Free Democrats and the Alliance of Young Democrats held a press conference on 5 January 1990 to release evidence that members of the state security organisation had collected private information on a number of anti-communist people after the fall of the Hungarian socialist regime. Home Secretary István Horváth had to resign after the scandal.
czytaj więcej
Hungarian emigré students of UHFS-MEFESZ

UHFS-MEFESZ, which was founded in Vaduz, Lichtenstein in 1957 and dissolved in Bern, Switzerland in 1967 was an organization representing some 7,000 Hungarian émigré students in 16 countries worldwide.
The Union of Free Hungarian Students was a federation of émigré student associations in various countries, with its coordinative central office in Bern, Switzerland: the “International Secretary,” was headed by the annually elected president of UFHS.

The Háttér Society (1995) is one of the largest Hungarian LMBT+ organizations, and it has been active in many fields: advocacy, lobbying, legal aid, and the maintenance of an archive and library, AIDS/HIV prevention, mental help. The organization systematically collects various kinds of materials relating to LMTB+ issues (articles, scientific texts, literature, movies, even the foundational documents of the first Hungarian LMBT+ organization, Homérosz, etc.). Given the absence of an organization or institution dedicated to homosexual issues during the socialist era, most of the materials preserved are from private collections. At the same time, this is also the biggest obstacle the archive faces, because in recent decades many private collections vanished after the owners died. Frequently, the heirs are not able to accept that the deceased, who was often a family member, was homosexual, so the Háttér Society’s requests for materials have been regularly refused.