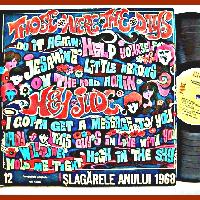 The Nelu Stratone collection is one of the most impressive collections of rock, jazz, and folk records created in communist Romania, as a result of the happy combination between its owner’s exceptional passion for alternative music and his ability to acquire records that were not imported officially. The collection is important not only for its size, but even more for the significant number of albums of Western provenance, which were unavailable in shops in Romania but could nevertheless be obtained due to the existence of an alternative market for such products. The creation and preservation of such a collection were activities regarded with suspicion by the communist authorities in Romania, because they proved the younger generation’s fascination with Western cultural products, in contravention of the spirit of Nicolae Ceauşescu’s Theses of July 1971. 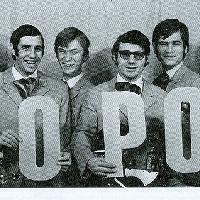 This ad-hoc collection comprises a series of archival materials relating to the activity of the musical band Noroc (officially known as the Noroc Vocal-Instrumental Ensemble). This group of young musicians reached the peak of its popularity during the period 1968–1970. Noroc represented one of the most important examples of an alternative musical style and subculture not only in the Moldavian SSR, but also at the all-Union level. Its members practised an original genre mixing local folkloric elements and Western influences (mostly jazz, rock, and beat). Due to the ”subversive” character of their music, the band was dissolved by the Soviet Moldavian authorities in September 1970. The materials in this collection were selected from Fonds No. 51 (Fonds of the Central Committee of the Communist Party of Moldavia), which is currently held in the Archive of Social-Political Organisations (AOSPRM) of the Republic of Moldova. These documents reflect the emergence of a mass youth subculture in the USSR in the late 1960s and the ideological constraints placed by the regime on such displays of an alternative lifestyle.