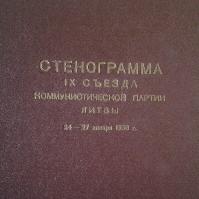 The collection holds much valuable information on the policy of Lithuanian Communist Party Central Committee towards various manifestations of cultural opposition. The documents also reflect the situation of the Lithuanian intelligentsia, whose main goal was to preserve the Lithuanian cultural heritage. The documents cover the period of liberalisation, i.e. de-Stalinisation, in Soviet Lithuania. 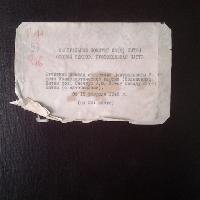 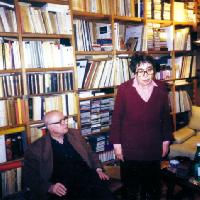 The Lovinescu–Ierunca Collection at the Central National Historical Archives (ANIC) in Bucharest is arguably the most important collection created by the Romanian Diaspora in Paris. The collection illustrates not only Monica Lovinescu and Virgil Ierunca’s interest in the subject of dissent in Romania but also how their activity at Radio Free Europe (RFE) created a transnational network of support for those who decided to speak against the regime.

László Szabédi Memorial House
The collection of the Szabédi Memorial House encompasses the literary heritage of various Hungarian Transylvanian writers and intellectuals after 1918. The end of World War I and the subsequent treaty of Trianon in 1920 put an end to the free development of the Transylvanian literary tradition, until then part of the wider national Hungarian literature. Under Romanian rule, the previously mainstream literary activities became suppressed, and the preservation of the literary heritages was considered a subversive activity.
czytaj więcej
1 - 4
1