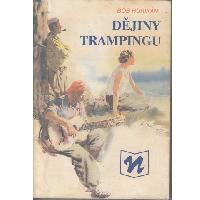 History of Tramping
The Tramping History book describes the history of tramping from its beginnings to the present. This history was written by Bob Hurikán (his real name is Jozef Peterka) before 1965.
czytaj więcej 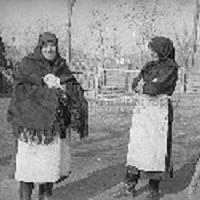 Hofer, Tamás. Two women in traditional costume in Átány. Photo
This photo belongs to the collection of Edit Fél and Tamás Hofer.
Edit Fél and Tamás Hofer carried out fieldwork in Átány during the 1950s, when the new political regime was attempting to destroy traditional peasant culture. They documented the traditional elements of folk culture, as well as new ones, like changes in agriculture and the effects of collectivization. The two ethnographers worked with the people of Átány to produce such extraordinary fieldwork. They collected every bit of information about agriculture, customs, everyday life, as well as food and nutrition. They took several photographs and collected objects for the Museum of Ethnography. These objects, manuscripts, photos etc., are currently part of different collections in the Museum of Ethnography. Fél and Hofer published articles, and their book, Proper Peasants: Social Relations in a Hungarian Village, was first published in 1969, in Chicago. It has been translated into several languages, and the Hungarian translation, based on the German version, was published in 1997. They used maps, statistics, photos, and many quotes to present people's opinions and feelings. During their fieldwork, several of their photographs were added to the photo collection of the Ethnological Archives.
czytaj więcej 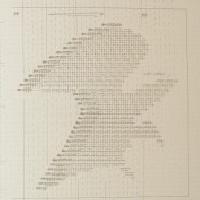 Hofman entered the field of visual art in Imprints of Sound, where music was also represented graphically. For example, in the piece called Eagle, the choir sings only the word “eagle”, the score is in the shape of eagle, Hofman describes the musical content as “made of deep male voices, as the foundation, over which something is hovering.” Hofman also states that many of his works allude to the visual: “I always have sound coming, going, transforming, but not in direct images.”
czytaj więcej
Homage to Vera Mukhina, 1980. Performance

György Galántai’s performance with G. A. Cavellini and Julia Klaniczay expresses criticism through the deconstruction and reinterpretation of the Vera Mukhina statue, a symbol of the Soviet Union’s cultural hegemony. The three-hour-long action – the location of which was deliberately chosen to be the most symbolically important square, in a military, political and cultural historical sense – openly propagated the internationality and universality of artistic values and the freedom of art.