The open letter which engineer Gheorghe David sent to Mikhail Gorbachev in 1985, immediately after his appointment as secretary general of Communist Party of the Soviet Union (CPSU) is included in his KGB file, which is currently held in the Archive of the Intelligence and Security Service of the Republic of Moldova. However, this file represents yet another archival source that is currently unavailable. Due to the short period of opening during the functioning of the Commission for the Study and Evaluation of the Communist Totalitarian Regime in Moldova, historian Igor Cașu is in the possession of a copy of the original in the Russian language. In the mid 1970s, the engineer Gheorghe David began to publicly express his opposition to the communist regime in a series of letters he wrote to several high-ranking Soviet political figures, including Brezhnev and Chernenko. In these letters, he called into question the main myth of the regime: the USSR’s creation by the “free will of the people.” Gheorghe David also criticised the decision to invade Czechoslovakia in 1968. Consequently, in 1974, he was summoned before the KGB and was warned that he would be punished in line with the Criminal Code if he “relapsed”. This attempt at intimidation by the Soviet repressive organs failed, and in 1982, right after Brezhnev’s death, David sent a letter to the Presidium of the Supreme Soviet of the USSR (the Soviet Parliament), arguing that the disastrous social and economic situation in the Soviet Union, in general, and in the MSSR, in particular, was generated by the inflated spending on the military sector. Gheorghe David stated explicitly that the Soviet Army was an aggressive army, as the Soviet military invasion of Afghanistan in December 1979 clearly proved, and not a defensive one, as the official propaganda claimed. After Andropov’s death in February 1984, Gheorghe David sent a letter to Konstantin Chernenko, the new secretary general of the Central Committee of the CPSU, in which he expressed critical opinions about the poor economic situation of the overwhelming majority of the Soviet population and listed the causes of this disaster in his view. In April 1985, he reiterated his attempts to enter a dialogue with the party leadership and sent a letter to Mikhail Gorbachev, shortly after his appointment as secretary general of the CPSU. As he had received no answer to these letters, but the secret police had already begun harassing him, Gheorghe David sent another letter to Gorbachev on 26 October 1985. At the same time, he made the letter public by sending it to some Soviet and foreign newspapers, such as Tinerimea Moldovei (Chişinău), Pravda (Moscow), România Liberă (Bucharest), Unità (the newspaper of the Italian Communist Party), L’Humanité (the newspaper of the French Communist Party), as well as to some private individuals. Not only was the strategy of communication different, but also the content of the open letter, which illustrates the radicalisation of his views. Gheorghe David wrote to Gorbachev that the Soviet Union had promoted an imperial foreign policy and that the entire Soviet history was full of falsifications. He also criticised the fact that historians were keeping silent about the content of the Nazi–Soviet pact of 23 August 1939 (the so-called Molotov–Ribbentrop Pact, as a result of which the USSR occupied Western Ukraine and Belarus, the Baltic States, Bessarabia, and Northern Bukovina). He also demanded the rehabilitation in the MSSR of the Latin alphabet, which had been prohibited in 1941. In his view, this prevented ethnic Romanians from the MSSR, i.e. the majority of the local population, from reading Romanian language publications published in Romania. David believed that this policy reflected the discrimination against local Romanians and was a part of the strategy of Russification of the local population. Besides his anti-Soviet and anti-imperial message, Gheorghe David bitterly criticised the communist regime and ideology. He defined communism as a system based on lies and exploitation of the people. He also emphasised that the experience of the Second World War had proved to the whole world the need to ensure a better future that would be “more peaceful, more plentiful, without empires or wars”. He was arrested on 1 August 1986 during a trip to Tiraspol, a city on the left bank of the Dniester River, and subsequently sent to a psychiatric hospital in Dnepropetrovsk, Ukraine. Gheorghe David was tried and sentenced on 12 January 1987 in his absence. He was released in the summer of 1988 after a vigorous international campaign promoted by Amnesty International and Radio Free Europe / Radio Liberty. 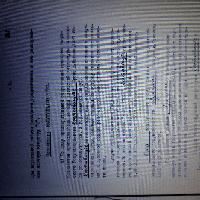 The plan has a detailed description of the intelligentsia and youth groups, accusing them of encouraging nationalism. There are a number of high schools with 'negative elements' on the list, and they prepared detailed operational-informer measures for each of these schools accordingly. The file provides readers with ideas of what was understood by the KGB as nationalism and anti-Soviet activity in high schools in Soviet Lithuania.

The documents of the 2nd Directorate reveal what operational measures the KGB took against the intelligentsia and youth, especially students and writers. Following this KGB activity, Irena Kostkevičiūtė and Meilutė Lukšienė, professors in the Department of Lithuanian Language and Literature at Vilnius University, lost their jobs, and some students were expelled from the university. 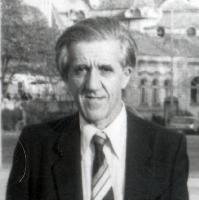 András Hegedűs B. (1930–2001) had a twofold role in the history of OHA. He was one of its two founders and main interviewers and he had also been an active participant in the revolution, with whom detailed interviews were done to record his testimony. In the spring of 1956, economist and sociologist Hegedűs B. became one of the secretaries of the Petőfi Circle, and in the autumn he became an activist of the Revolutionary Committee of Hungarian Intellectuals. Two interviews with him are found in the holdings of OHA, one recorded in 1985 and another one in 1992–1993. The total typed transcripts of these interviews are almost two-million characters long. 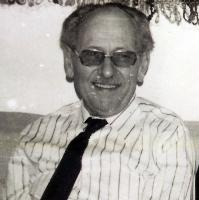 The first interviewee of the research collection which later became the Oral History Archives  was Jenő Széll (1912–1994), one of the politicians and intellectuals who supported Imre Nagy against the hardliner Stalinist leader Mátyás Rákosi. Széll’s interview was recorded in 1981–1982, and it served later as an example of the method of doing interviews adopted by OHA. Hegedűs B., the interviewer and a close friend of Jenő Széll’s, not only raised questions about Széll’s personal role during the revolution (Széllhad served as the government commissioner of the Hungarian Radio), but also asked about the events of his life before the revolution, his illegal activities in the workers’ movement before 1945, his trial and the years he spent in prison (1957–1963), and his later fate up until 1981. The transcript of the sound recording, which comes to roughly 1.6 million characters, is avaible as part of the holdings of the archive. Later, a video-interview was also done with Széll, and in 2012, his son Péter Széll published a shorter, edited version of the OHA-interview in 100 copies. 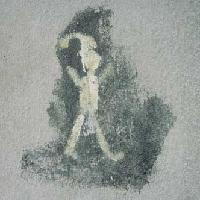