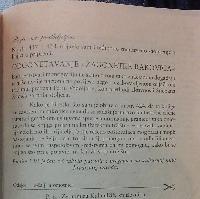 Publishers did not want to release some of Zvonimir Kulundžić's polemic books. On the other hand, Kulundžić himself was not ready to make compromises which some publishers were demanding. Therefore, Kulundžić published some of his most important books in his edition, without any institutional support. Nevertheless, some of his books were printed in a large number and were even sold out, such as the book Tragedija hrvatske historiografije (Tragedy of Croatian Historiography) (Zagreb, samizdat, 1970). Kulundžić gained readers quickly because of his controversial attitudes, subjects he dealt with and the thesis he offered, but also because he communicated directly with readers. In his books, he invited readers to buy his books directly from him. Most of Kulundžić's readers were subscribers of his self-published editions. This featured item - "Call for Pre-Order" - is the last page of the 2nd edition of the book Tajne i kompleksi Miroslava Krleže: koje su ključ za razumijevanje pretežnog dijela njegova opusa (Secrets and Complexes of Miroslav Krleža: which are the key to understanding the overwhelming part of his opus) (Ljubljana: Emonica, 1988). In this book author announces the release of his new book Odgonetavanje zagonetke Rakovica (Unriddle of Rakovica's Riddle) (Zagreb: Multigraf, 1994) and invites readers to ask for a copy of the book, saying "Let you become patriots and preachers on the cultural site of the Croatian people". He instructs the reader to cut off a part of the book (order form) write his home address with the text: "Please ensure a copy of your book Unriddle of Rakovica's Riddle, and send it to me when the book comes out." 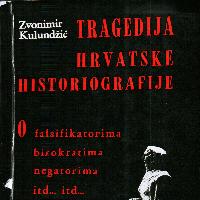 The book Tragedija hrvatske histoirografije (The Tragedy of Croatian Historiography) (Zagreb: self-published, 1970) provoked one of the most controversial debates in Croatian historiography. Kulundžić criticised institutional historiography which, in his opinion, functioned at the behest of the authorities. He thought that Croatian historians were methodologically conservative and that they avoided elaborating certain important themes from Croatian national history (such as the first printing press on Croatian soil, the date of establishment of the University of Zagreb, the Croatian identity of Dubrovnik), or even falsified it. He said that the tragedy of Croatian historiography is that "it was administered by those who served the former regimes subconsciously," having in mind historians who worked and published textbooks during the time of the Ustasha regime in the Independent State of Croatia, but also under socialism (p. 7). He argued that these intellectuals "due to their feelings of guilt, transposed their sins over the nation and thus developed what we call a sense of the entire nation’s guilt." He criticised academic historians in the most prestigious institutions (Yugoslav Academy of Arts and Science, Faculty of Philosophy in Zagreb) as professionally self-satisfied, methodologically conservative, faulting them for failing to respect the criteria for the advancement of professors and scholarly, etc.

As a beginning for healing in cultural life, he called for "the introduction of the principle of responsibility for everyone's public work" and a critical approach toward “the forgers of national history” (p. 385). At the end of the book, he emphasised that "our official historiography believes that it is her duty to negate and minimize everything we have done and achieved over our long and bloody, but unusually glorious and honourable history. (...) This is one of the essential aspects of the tragedy of Croatian historiography - about which I want to initiate debate"(p. 407).

In defending the dignity of their profession and the status of university professors, the representatives of academic historians did not emphasise the quality of their works but criticised Kulundžić because he did not have a degree in history, and they labelled his writing as trivial. Academic historians saw in his publicist writing a dangerous rival in the struggle for social recognition and affirmation. Kulundžić was the most prominent representative of the non-academic historians, because his works quickly reached a broad audience. The first edition of the book immediately sold out (within a week), so he published another expanded edition in the same year. He quickly gained readers because he communicated directly with them - they were mostly subscribers to his self-published editions, and he encouraged them to communicate with him by inviting them to send their remarks, assessments and suggestions.

Renata Jambrešić Kirin (2003, p. 18) asserts  that Kulundžić was characterised by ideological inconsistency, scandalous tendentiousness, destructive social criticism and the ability to provoke the lethargic cultural and scholarly public. She believes that Kulundžić's critique of academic institutions was motivated by the disavowal of his hypothesis on Kosinj as the site of the first Croatian printer, and was partly under the influence of the wider intellectual revolt in Croatia in the late 1960s and early 1970s.

Although indelicate, this book opened certain taboo topics such as the question of the relationship between academics and the political authorities by articulating the assumption of loyalty and conformism by members of the academic community. The book is one of the best examples of dissent against the dominant historiographic practices. 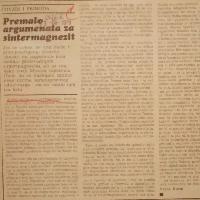 The project on construction of a sintered magnesia factory and protests by the local population in Omiš were covered extensively by several Croatian and wider Yugoslav newspapers (Borba, Večernje novosti, Večernji list, Vjesnik). Articles written by Vesna Kusin in the daily newspaper Vjesnik during that and subsequent years are particularly noteworthy. Along with demands for environmental protection, the public statements from the local population and newspaper articles also contained criticism of local and republic institutions, as well as the investor, Dalmacijacement, because of they “went behind [the people’s] back,ˮ i.e. bypassed “the principle of self-governmentˮ and the opinion of the local community in the decision-making process. An example of this is the article “Too few good reasons for sintered magnesia [‘Premalo argumenata za sintermagnezit’]ˮ published in Vjesnik on 23 June 1979. . In an interview in the newsmagazine Globus in 2015, she recall that at that time she “consistently travelled to Omiš, where the demonstrations occurred, and wrote a plethora of articles on this matter, and ultimately the plant wasn't builtˮ (Museums of Hrvatsko Zagorje, Media report 08.04.2015). 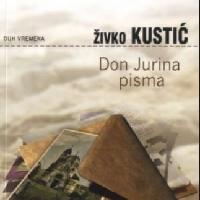 Kustić's columns (about one-fifth of the total number) were released in the form of a book in 2009, covering his writings in Glas Koncila over nearly forty years from the 1960s to the beginning of this century. Kustić dealt with various topics in addition to religion and theology, and he often delved into socio-political themes. Kustić's writing and editing in Glas Koncila under constant surveillance by the Commission for Relations with Religious Communities of the Socialist Republic of Croatia.

For example, the communist authorities had banned Glas Koncila no. 21 of 22 October 1972, in which they singled out among other things Kustić's article under the headline “Seventeen Centuries of Sacred Defiance.” In this article, Kustić took the example of St. Pollio, who preferred death because he did not want to forsake Christianity before the Roman prefect Probus. Kustić pointed out in this context the following: "St. Pollio claimed in particular that there are just laws that Christians are obliged to obey, but that the same authority could issues decrees that are not righteous, laws that a believer cannot accept" (Kustić 1972: 1). The communist authorities suggested, although he did not write it literally, that with these allusions Kustić had, in fact, "invited citizens to disobey and disrespect of the Constitution and laws of the Socialist Federal Republic of Yugoslavia and Socialist Republic of Croatia" (Mikić 2016: 445). 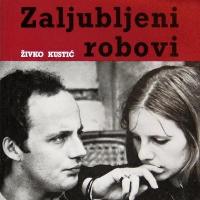 The main sections of this novel contain a plethora of autobiographical elements from Kustić's personal life. For instance, it deals specifically with his marriage to an Orthodox woman, Marica Radenković, and also with his transition from Roman Catholicism to the Greek Catholic Church. This book was Kustić's first and only novel he wrote in his life, which in a wider context examined the life of Catholic believers in a socialist and atheistic society. Kustić demonstrated a religious world which managed to survive within a society that had undergone a socialist revolution.

He pointed out the military and educational system as specific places in which believers had to engage in a struggle against atheism, so the stories from this novel particularly refer to the collision between the religious and atheistic worldview in these social institutions of socialist Yugoslavia. Through his characters, he expresses optimism that the socialist project of society without religion had to fail. That is why one of Kustić's characters says: "I have long been convinced that this entire conflict between religion and atheism, Christianity and Marxism on our soil is pure historical confusion. There are fellow educators who do not see it, who even enjoy this conflict, who are ready to torture, as they do. They know, in fact, that the Church is indestructible, remembering all that we have learned de mortibus persecutorum" (Kustić 1973: 138).