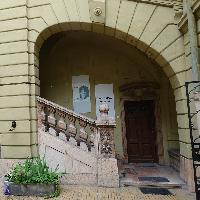 Tamás Cseh Archive
The Tamás Cseh Archive is an interdisciplinary collection focusing on the materials related to the life and oeuvre of the legendary singer. His songs authenthically capture the atmosphere of the era, the feelings, moods and problems faced by the members of a generation that came of age in the 1960s and early 1970s and had to confront the complexities of integrating into socialist society. The goal of the archive is to present its materials in context, adding to the documents with oral history recordings of Cseh‘s contemporaries.
czytaj więcej 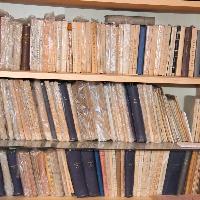 The Word of Master Petar Danov
This collection is a valuable source of knowledge about a religious and philosophical doctrine of great cultural influence. The Christian Esoteric School of the so-called Universal White Brotherhood, created by Petar Danov / Beinsa Douno in 1922, was registered as a religious community after the establishment of Communist rule in 1948. In practice, however, the Brotherhood, referred to by the socialist state as “the Danovists’ Sect", led a semi-legal existence: their properties were seized and so-called "reactionary literature by author P. Danov" was confiscated, members of the Brotherhood and supporters were subjected to persecution, sentenced in prison and forced labour camps. State Security agents also infiltrated the spiritual community and a number of publications were published to rebut the "antiscientific and reactionary nature of Danovism". Despite these harsh conditions, followers of Petar Danov / Beinsa Douno managed to preserve their movement. This collection, which covers a wide period from the end of the 19th century through the present day, documents the activities of Petar Danov and his followers. Additionally, the collection demonstrates the increased interest and importance of the spiritual movement after the political events of 1989.
czytaj więcej 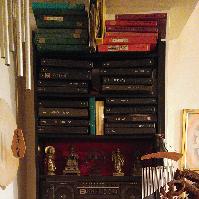 The photo collection of Lóránt Méhes

The photo collection of the painter Lóránt Méhes (“Zuzu”) portrays the personalities and events of the Budapest alternative art scene from the beginning of the seventies. The images arranged into scrap books in chronological order can be called social albums on the analogy of family albums, and present a composed, personal, visual imprint of the style of living of the nonconformist community.

Thuringian Archive for Contemporary History 'Matthias Domaschk'
The "Matthias Domaschk" Thuringian Archive of Contemporary History is one of the most important "reappraisal archives" for documenting the history of opposition and nonviolent resistance in the GDR. The Archive is supported by a private association and holds the largest cache of documents and files relating to the GDR in Thuringia. The archive is named after Matthias Domaschk, who died under still-unsolved circumstances while being held in remand by the Ministry for State Security in 1981.
czytaj więcej
1 - 5
1 2 następna strona »»